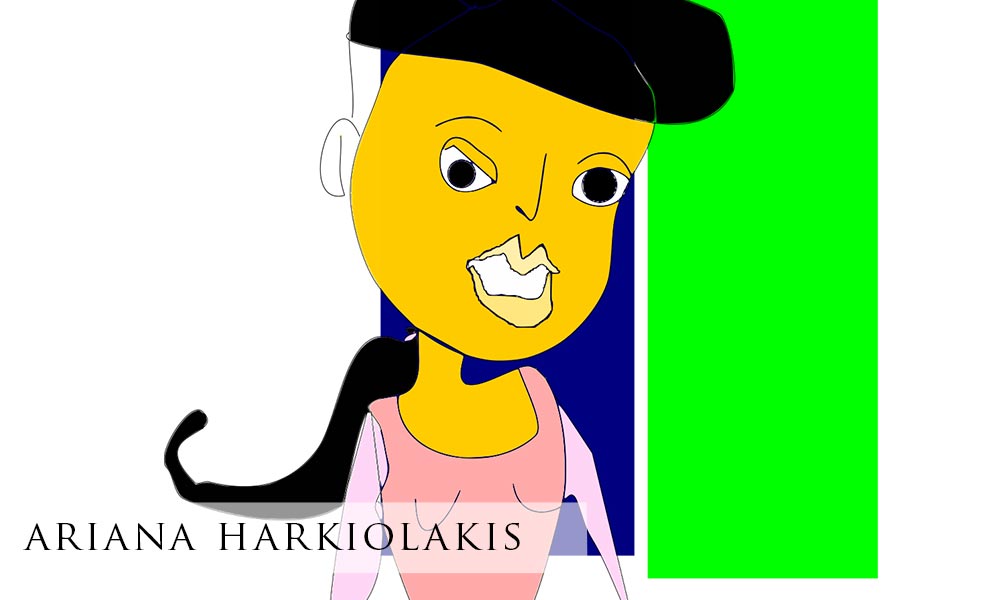 London Art College student Ariana Harkiolakis is studying our Digital illustration course with tutor Monique. Ariana has explained how she created both illustrations using digital software. We hope that you find it insightful and if you would like to ahve a go at creating illustrations similar to this, head on over to our website and take a look at the Digital Illustration course page. Email us if you have any questions!

In this self-portrait I drew a fairytale version of myself called Meldana. First, I used the Draw Freehand lines tool to make the outlines. I used the regular Bezier path mode with no shape at 50% smooth.

I switched to the Draw Bezier Curves tool with the Spiro path mode to make circles for the pupils. Then I made a new layer called Colors and put it below the layer with the outlines, and there I used the bucket tool to fill in the colors.

Then I made the background with the Create Rectangles and Squares tool on the Background layer. I made two big rectangles, one dark blue and one light green, for the background.

In this picture I did a vector trace of my Meldana in the Forest drawing from GIMP. First, I opened the picture in Inkscape and selected it. Then I went to Paths and pressed Trace Bitmap. The setting I used was Multiple Scans with Colors.

When it was done I made a new layer on top of the picture called Lines and used the Draw Freehand Lines tool to draw the outlines on the trees and the ground and the bottom of Meldana’s shirt that were missing.

Then I made a new layer called Colors and put it beneath the Lines layer. In this layer I fixed the colors that were wrong or mixed up. I used the bucket tool to make the shirt and hair tie pink because they had turned yellow.

I also did that to the trees because there was green on the trunks and the orange from the second tree was leaking onto the background.