Emma Laurie with her portrait of  ‘Fenn’

This is a portrait of my cousin’s dog, Fenn, he is a lurcher cross. He is drawn from a photograph using Prismacolor pencils and on Daler Rowney pastel paper and a dash of white pen. In this piece I concentrated on the different colours and directions of light. Even a black dog has a surprising variety of colour!
Emma Laurie 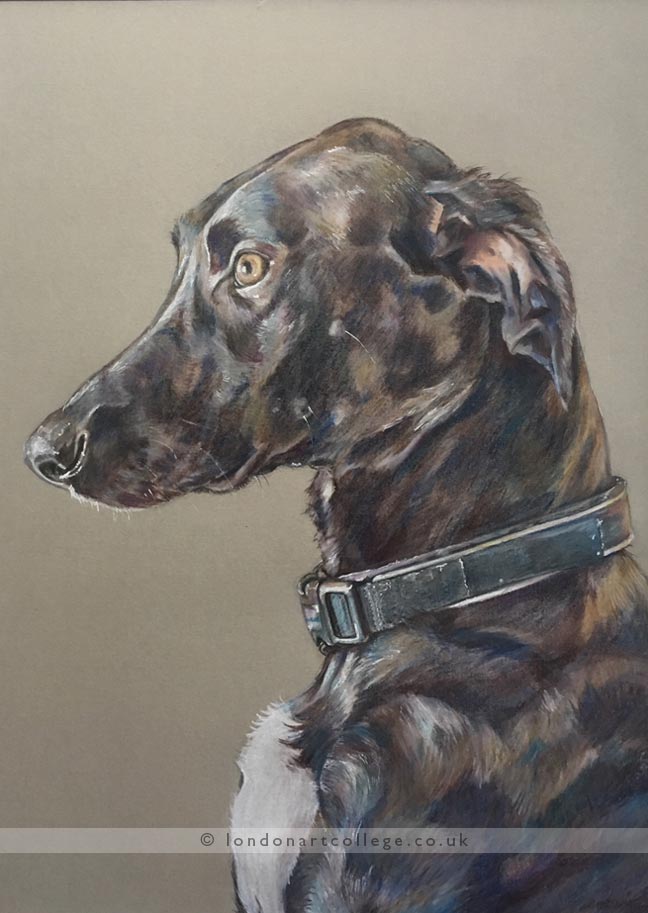 RUNNER-UP – Wening Sekar  with her: ‘The Morning Series; Breakfast‘.

Thank you so much. I’m so happy to be the runner up of the Student Competition 2017. It’s an honor for me to know the tutors like my illustration.

The Morning Series; Breakfast was inspired by a content in a healthy TV program in my country about good behaviours in the morning, and one of it is eating breakfast. One of breakfast meal we usually have is fried rice, and meal is not complete without chili sauce and kerupuk (a kind of cracker) and a cup of tea. So, I draw them as the breakfast meal in my drawing. I draw it as colorful as and as cheerful as I can because it is morning series and we need to cheer up as morning is a new beginning.

I enrolled for Illustrating Children’s Book Course last year and finished it last July. As I am a student, I followed Illustrating Children’s Book facebook page. It give me many informations as I don’t open London Art College often. I knew about this competition from ICB’s facebook page, 2 days before the competition was closed. From the very beginning I enrolled in LAC, I wanted to join the Student Competition, and I’m glad I could catch up it this year. 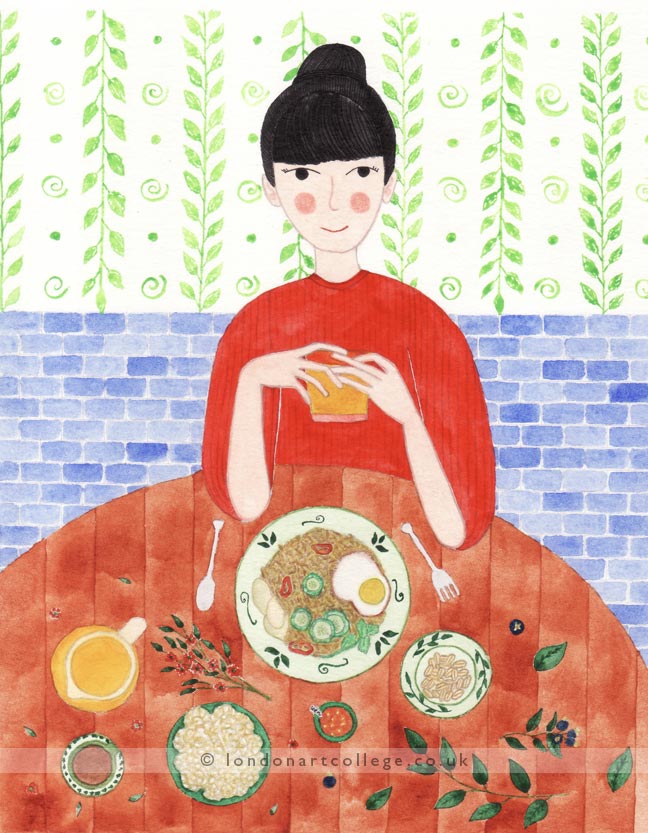 Our yearly meeting this year was held later than usual in Bristol, UK and although a number of tutors were unable to attend, we had a very productive meeting. We are always striving to improve our service for our current and prospective students. The photo below was taken after the meeting. From left to right…..Rupert Douglas Jones, Paul Weaver, Vanessa Weaver, Stewart Roberts, Maggie Roberts, Alan Dedman, Jem Bowden, Melanie Phillips and Alison Douglas Jones. 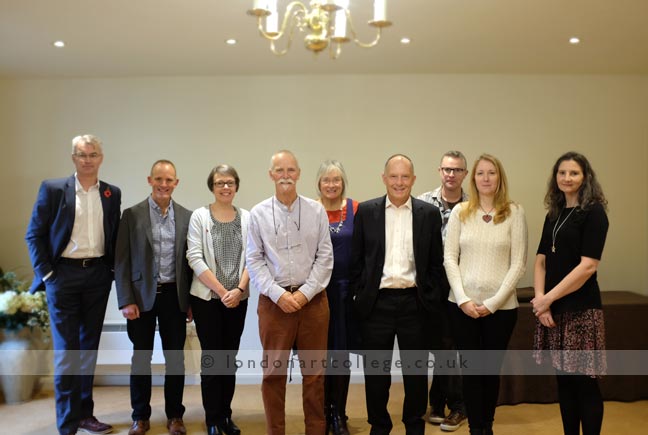