The book is a visual aid to students of Chinese medicine trying to memorise what practitioners of the art call ‘Zang Fu syndromes’. I took a sensible list of 78 syndromes (illnesses primarily linked to organs) consisting of hundreds of symptoms and turned them into a comic book over a period of twelve months.

I learned a huge amount during the course of this project, not just about Chinese medicine (which was fascinating) but further increasing my experience with dealing with publishers, writers and art editors. In addition I improved my skill with Manga Studio (the software I produced it in). I learned that even when faced with the seventeenth occurrence of ‘abdominal swelling after eating’ or ‘pale and frequent urination’ it is possible to find the humour.

My friend and fellow college tutor John Byrne once told me that the mark of a professional cartoonist is producing great work on your worst day, and this is very true. Long projects like this really test your motivation and creative reserves at times!

We won’t get an official report on sales from the publisher until the end of the year. Most publishers release royalties every six months, but I am delighted that it is the number one acupuncture book on amazon.co.uk. The official launch will be held in London in a couple of months time.

If any students want to ask questions about the process behind the book or the publishing aspects, please email me at spencer@londonartcollege.co.uk. I will be happy to share.

Next project? Medical illustrations! It shows how varied our lives are as illustrators 🙂 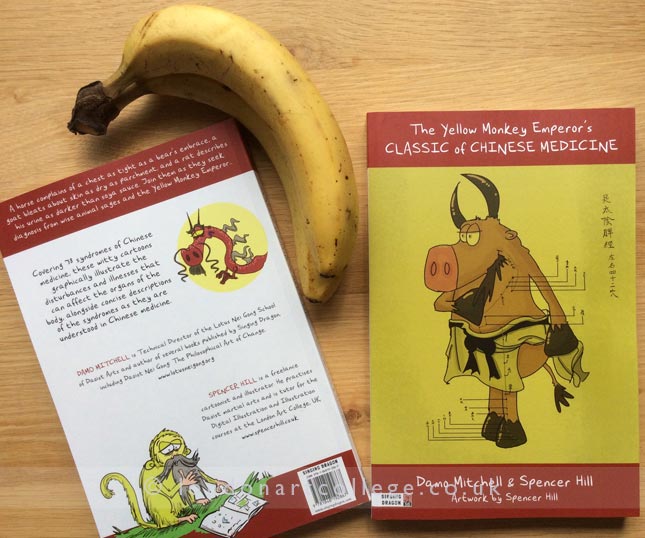 One thought on “The Yellow Monkey Emperor’s Classic of Chinese Medicine…..”