Skip to content
Dawn Treacher studied with tutor Maggy Roberts on our Illustrating Children’s Book Online Art Diploma Course.. She has recently been working on a book illustration with publisher, Cranachan Publishing. Read below how Dawn was commissioned and the process behind completing the book illustration. We hope our students find Dawn’s story inspiring.

“I had not considered trying to find commercial illustration commissions as I had not long ago finished my Diploma in Children’s Book illustration and was still doing my follow on course with Maggie. I was submitting my children’s fantasy adventure novel to a small independent book publisher, Cranachan Publishing.

Though they did not accept my submission they said they googled me and discovered my website and that I was an illustrator. They asked me if I would consider illustrating a book for them that is due to be published in September this year, “The Beast On The Brock”, by John K Fulton. Of course, I was thrilled to be asked.

The following moth was very challenging but I learnt so much. The mythical beast of the Broch was the Pictish Beast and is based on the legend of a Scottish beast that was around in 700 AD. The only reference I was given was the simplistic stone craves that exist on medieval buildings. From this stone carving and the words of the text I had to create an image of the beast, being ridden by a pictish girl.

It took a lot of characterisation sketches and conferring with the author and the publishers until they were finally happy. Once this was approved I could move onto the final painting. The characters needed to be placed in an atmospheric Sottish landscape with ruins on the horizon. It also had to allow for text. the design needed to wrap around the whole book and the spine.

Throughout the process Cranachan Publishing were impressed with my ability to work from a brief. As a very new publishing company, who had never instructed an illustrator before, they found me very knowledgeable. In fact they were impressed I could guide them in what information I needed to know from them and what constraints we had in the brief. I found it a very valuable experience and have learnt a great deal.

The Beast On The Brock”, by John K Fulton 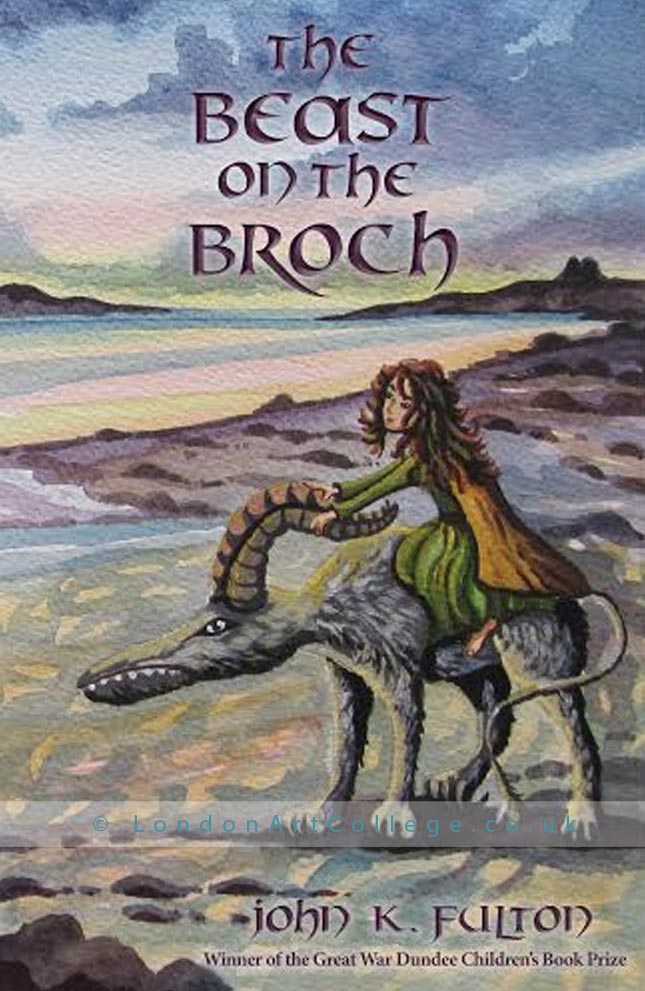 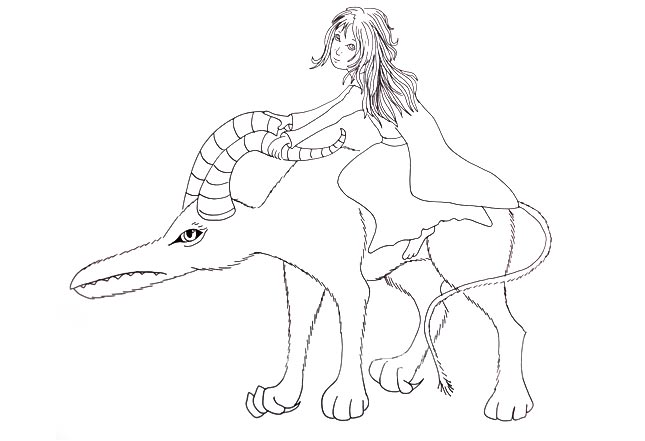 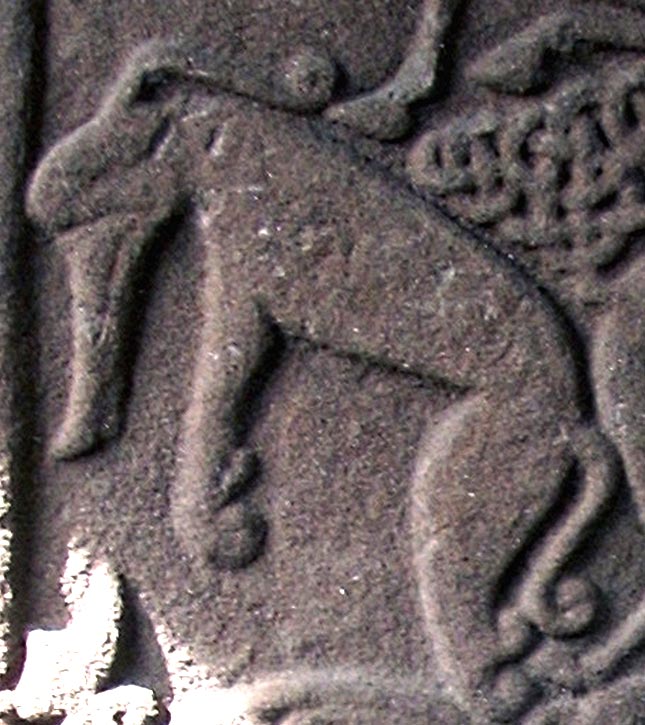