Skip to content
My name is Udayana Lugo, and I have just completed my Illustrating Children’s Books Diploma. I am a designer by profession, and I was taught to think through my pencil. I also learnt to try and understand a shape as a whole volume, so I try to draw characters in different positions/attitudes, and from different angles.

I usually have very limited time to work on my assignments, so I always carry with me a sketchbook  and try to draw whenever I have a spare moment. I draw on the bus, while I’m waiting for my children to come out of school, at the playground, museums, libraries, planes, waiting rooms… I find this part of the creative process extremely enjoyable, and try to use different media, such as lead pencils, ball pens, markers, coloured pencils, charcoal, watercolours or whatever I have at hand.

Whenever possible I try to draw from nature, I think that’s why I chose a squirrel as my final assignment’s character. I also considered a duck or a rabbit. I spent some time at the park luring squirrels with acorns (as it is forbidden to feed them) to draw them. To my chagrin, the only squirrel interested in me at first was the only one without a lush tail! My intention is to understand the proportions, movement and details of my subject. Once I think I got them, I draw them repeatedly until I have found “my” character. The same goes for other kinds of animals, like a tiger, which I have no way, nor intention, of meeting in the wild. I watch documentaries and look at pictures in books and magazines, I use the geometric faces technique until my drawing feels like “mine” and not just a copy of some other picture. For this I also do variations of size, shape and position of eyes, nose and mouth.

I then do more variations: should I put the character on the right or the left? Should it be facing the scene or looking at something beyond it? Resting or moving? I change slightly and tweak details until I am satisfied. I do a small version of the illustration to test the overall composition and colour choices. I leave it for a couple of days somewhere I can see it from a distance so I can evaluate what to leave as it is or change it. I finally draw the composition on same size, look at ti from a distance, correct details and paint it. More often than not I have to do it again because I messed up or realised something doesn’t make sense.” 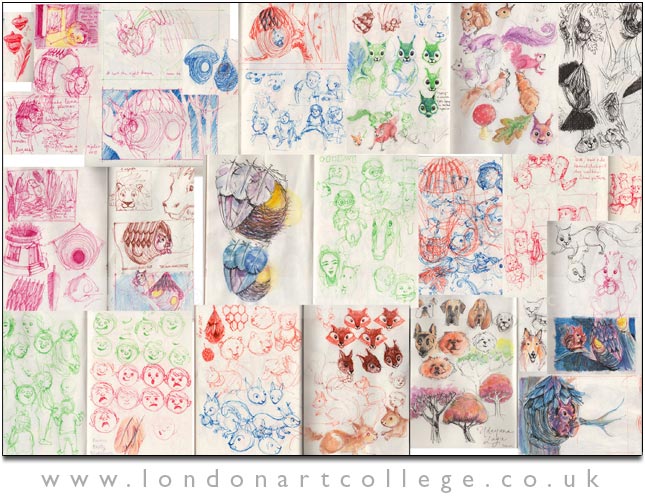 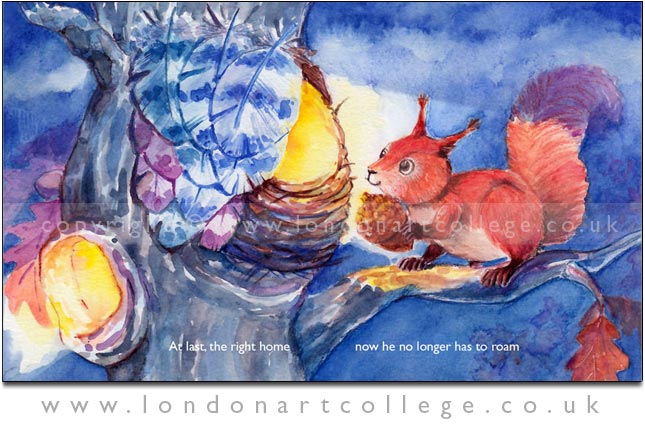 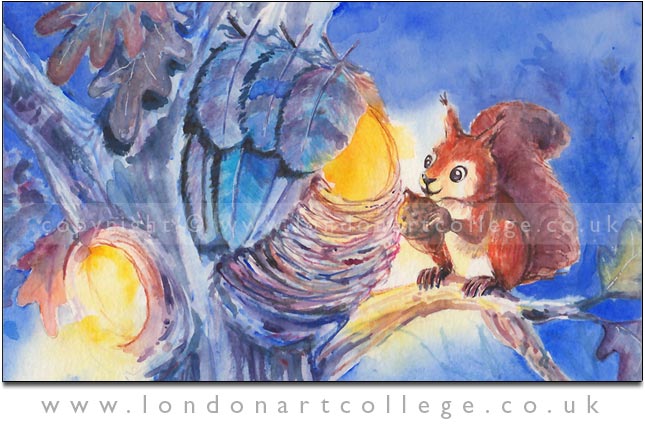 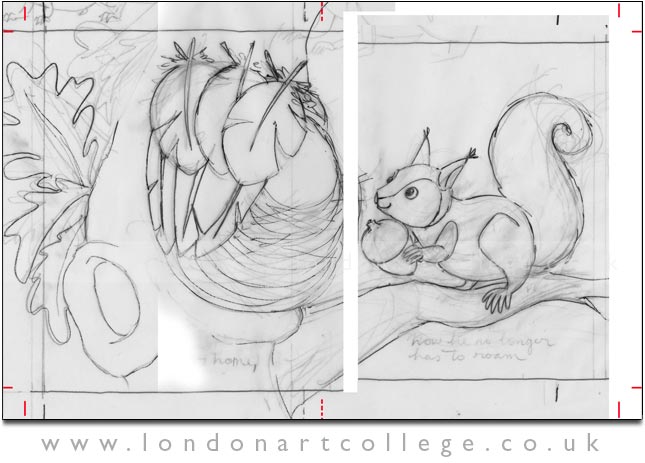 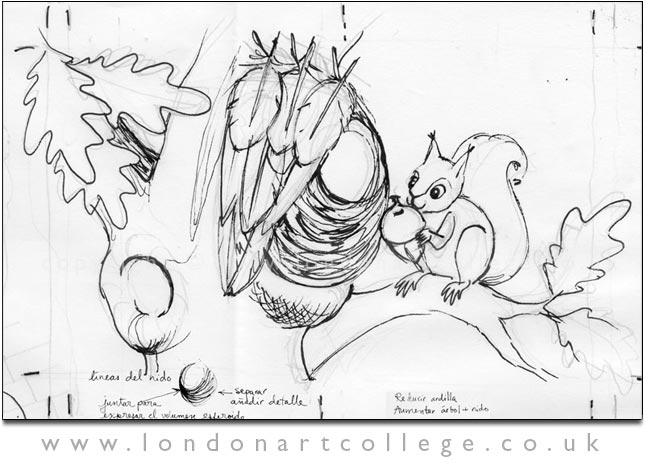