Linda Clutterbuck contacted us recently as she entered one of her final paintings she produced on the Portraiture course with tutor Nicholas Beall, into a competition. We asked if it would be ok to post her news on the college blog and happily Linda agreed!

Linda said…”I did lots of the corrections Nick suggested plus a few more and entered Fay in a competition at Tenterfield called Brush With Verse. Poets and Artists collaborate and a painting has to be done as an interpretation of the poem or vice versa.

Tenterfield is home to the late singer Peter Allen who penned the Tenterfield Saddler song so many people stick to that theme.  My husband wrote a poem about my friend Fay who was a Saddlers Daughter.

At the competition I received a judges mention as being the most interesting portraiture piece. So was incredibly excited, thanks to Nick and his guidance over the past few years. Nick will notice that I made corrections to the foot, chair, arms, fingers, wrists, neck and changed the shirt a little. I was very happy with the outcome.

It might be good to remind students that an oil painting is never finished!

Once again, thanks Nick!”

She sits, and remembers, the years melt away,
Of the saddlers shop in the Valley, with its window display.

Theodor Loof was a craftsman, now rare to find,
Had a good sense of humor, was generous and kind.

His “Victory Brand” saddles he sold through the West, far and wide,
For Polo and for stock and made some of Syd Hill on the side.

The saddler’s daughter remembers the times through the years,
The joy and the struggles, the occasional tears.

And as she sits and ponders with a moist eye,
She knows when you’re remembered, then you never die. 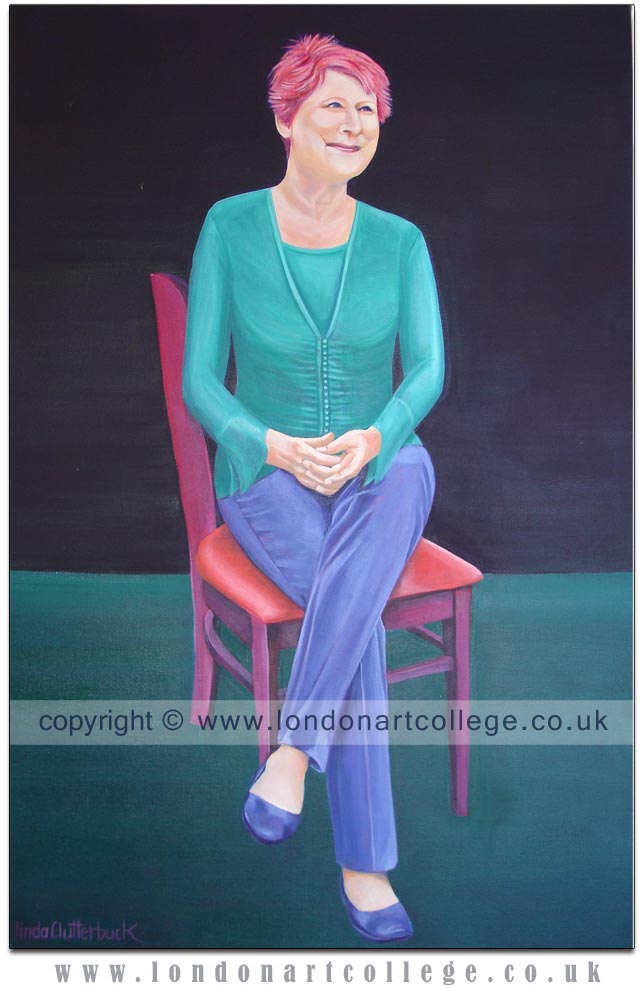