Skip to content
My name is Maria Lusser. I recently have finished the Digital Illustration course. One of the works which I have submitted for the final assignment is a comic drawn as vector graphic. John a little bull is explaining his little brother Tom what he has learned in college. I had produced this comic with felt pens already two years ago.
Spencer Hill, the tutor of this course, suggested to submit a page of the comic both in the initial felt pen version and the final vector graphics version. This way the readers can see the progress I have made during the course. I have really enjoyed this course. Spencer is such a great tutor.
Maria Lusser
Digital Illustration 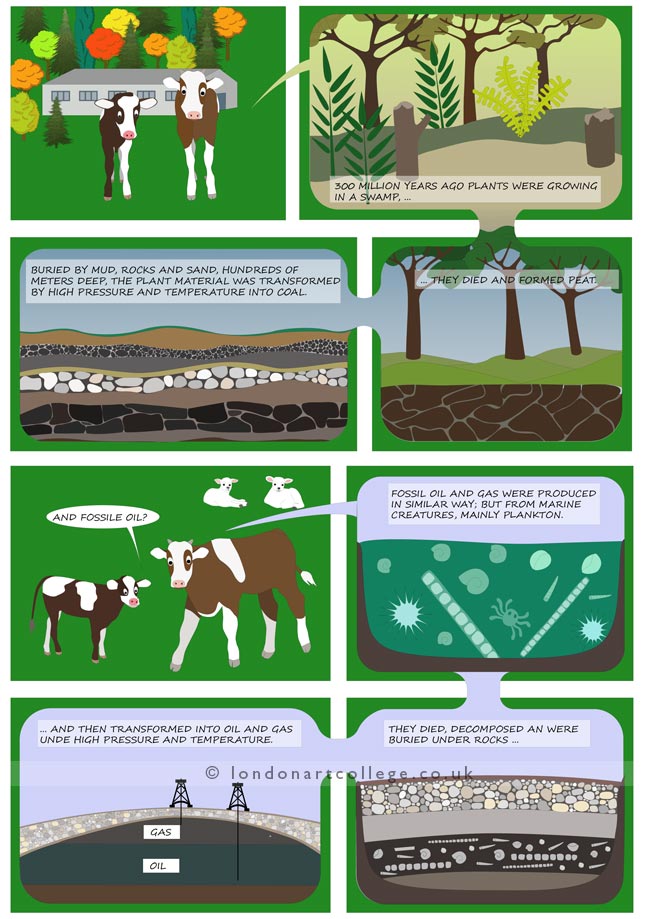