We have received a wonderful email from Ted Weinel, a previous student who studied with the London Art College many, many years ago when Mr Browne was principle.

You can read about the colleges early years here  >> and you can see a picture of the first principal below! We would like to officially thank Ted for writing the most wonderful letter and enclosing some of his artwork too. I hope our students find it inspiring!

The Principal & staff of the London Art College.I thought you good people might be interested in an old “distance student’s” comment and progress. In my time, of course, it was called “correspondence coursing.” That’s over half a century ago! Mr Browne was then the founder/principal.Having completed a couple of years at the Liverpool Secondary School of Art between the ages of 13 and 15, back in the fifties, I was apprenticed into aviation to become an engineer. Whilst I was still studying at night-school in parallel, I took up a course with the London Art College to continue development of my serious interest in art, alongside.

I was disallowed to continue at the Liverpool school because they did not consider my academic abilities up to the standard needed for the GCE exams of those times. I came away with only a minor, 2nd class diploma in Industrial Art.

However, I recently re-discovered the original letters, lessons and tutors notes from LAC correspondence course that I entered in 1956. Unfortunately, my original art work submitted during my course, has been lost over the intervening years. I can’t remember if I actually completed the course. I have no record of any final diploma.

Meanwhile, I did complete my apprenticeship and spent many years working as an aircraft engineer, mostly overseas in East and West Africa, Central and South America, and latterly in just about all of the Gulf States.

When my last employer made all ex-patriots redundant, I found myself unable to get back into re-employment in aviation, apparently because of my age. I was only 57 at that time. To re-establish my economic situation I took up my pencils and paint brushes again, to work as an independent artist. I had always continued with my art-work as a hobby over the years. I’d also had a brief encounter with technical illustration at the end of my apprenticeship, before going overseas, and another some years later as Head of Technical Publications with a small aircraft manufacturer in the mid 1960’s.

After redundancy I painted in watercolours, oils and acrylics in an attempt to make a living. I was fortunate that, having settled with my family in Spain in the 1990’s, there seemed to be a demand for artistic works for the tourist market. To this end I produced pictures of local scenery and places of interest, selling more than 600 over a period of 3 years, through a local art shop. I also took on many private commissions.

In 2002 I was fortunate enough to be offered a teaching post with a newly established Art Centre, and thereafter specialised in drawing & water colour painting. I am well established in that occupation, having completed some twelve years as an instructor/tutor.

I must say that I look back on my art-training years with much affection, for they kept alive the idea of artistic pursuit and development. I should also say that I turned out to be a very good instructor and have found enormous satisfaction in watching my students’ developing there artistic skills to very high standards. Most gratifying!

I hope you won’t mind an old 76 year-old’s rambling commentary and perhaps you might even find some interest in the attachments containing some examples of my art work of recent times. I think Mr Browne would have been pleased! Indeed, I think my old art school teachers in Liverpool would have been be quite surprised.

A recent book that I have published is “WOULD A MAN RETURN” which may be obtained from Amazon, either in paper-back or Kindle versions. ISBN 978-19081135094 or 978-1908135247 respectively.   The work is an autobiographic, modern history written in the third person and is an impression of my early life’s trials and tribulations.

With best regards to the staff of what seems to be a very changed and successful enterprise.

Images
The first image aeroplanes are scanned from a brochure I published in support of a small exhibition that I mounted a couple of years ago. The rest are pictures / illustration completed in the last few years. 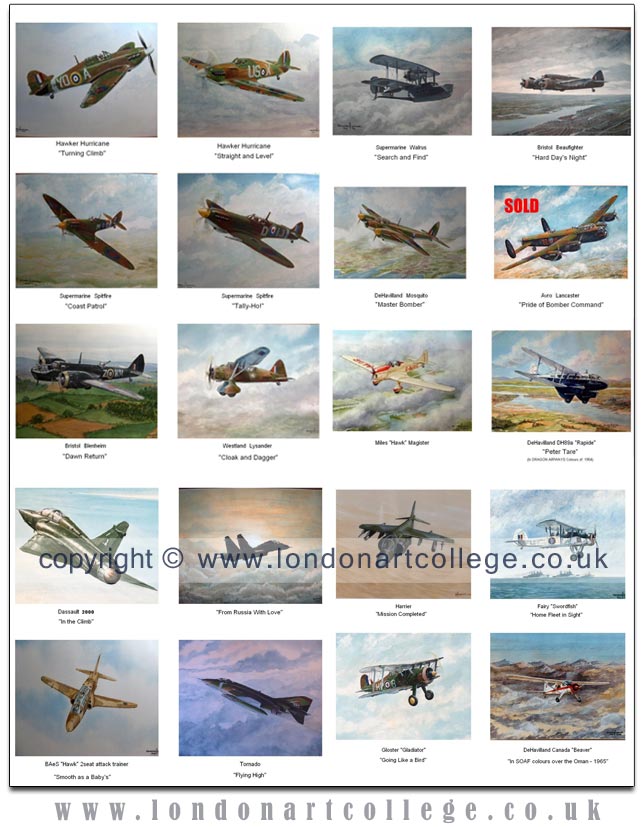 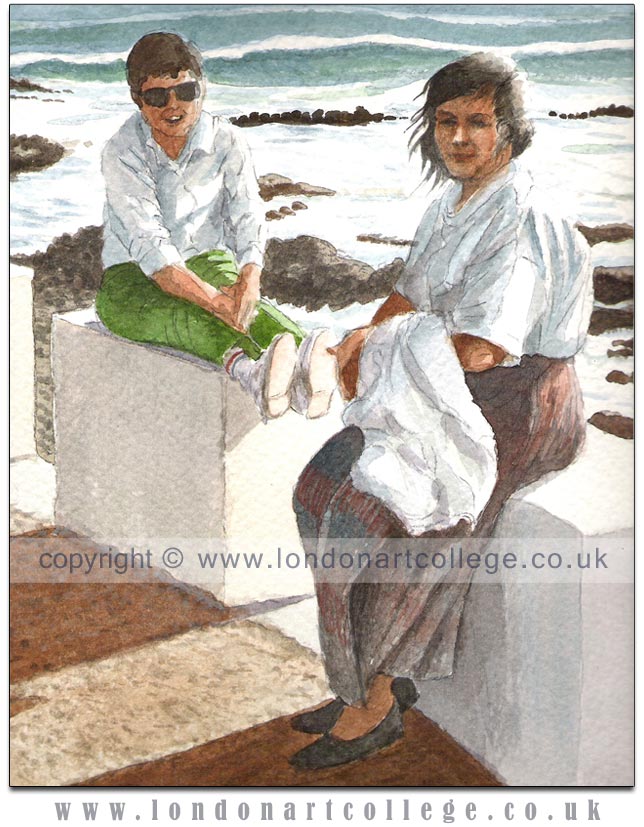